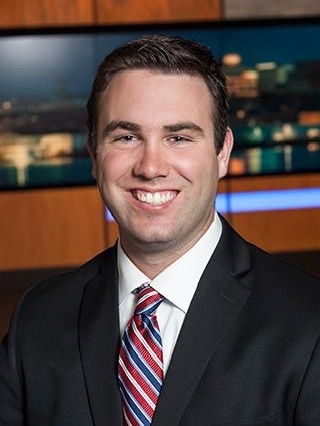 Taylor Cairns is a multi-media reporter for Good Day Maine and CBS13 News. Taylor is a native of Ellicott City, Maryland, just outside of Baltimore, and graduated from the University of Maryland as a Broadcast Journalism major with a Creative Writing minor.

He comes to CBS13 from the CBS affiliate in Charlottesville, Virginia, where he served as the lead evening reporter for two years. His work there earned him one Associated Press Award for Feature Photography, and a station award for News Employee of the Year. He's also very proud to be a member of the National Press Photographer's Association.

In his free time, Taylor loves to play volleyball, soccer, and his guitar, which he will sometimes take to the streets and perform for fun. He loves all types of music, but his favorite will always be country. Taylor is a big foodie and craft beer lover, and he says that he wants to try as many different establishments as his wallet will allow him.

Taylor says his favorite stories are of ordinary people who do extraordinary things,and he hopes to do more of those stories in the Portland area.

If you have a story idea for Taylor, or just want to drop him a suggestion for a place to try, feel free to reach out to him on one of his social media accounts.