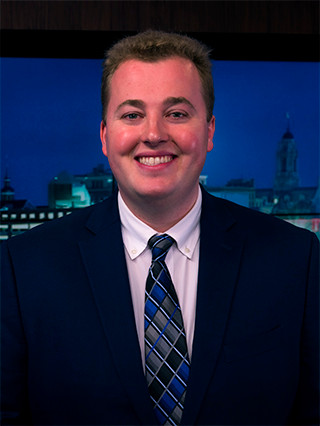 Owen finally returns home after nearly a decade away. Born and raised in Portland, he went to Quinnipiac University in Connecticut to chase his love of news reporting. There he received his BAJ '18 and MSJ '19. He worked for two years as an assignment editor for WTNH in New Haven, Connecticut.

Owen got his first job in front of the camera with WABI in Bangor. There, he worked as an MMJ reporter and eventually weekend anchor/producer for nearly three years where he was recognized for his work by the Maine Association of Broadcasters.

Moving back to Portland, he is beyond excited to tell stories in his hometown and be closer to family.