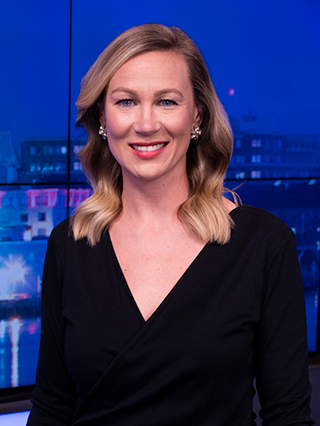 Marissa Bodnar is an investigative reporter with the On Your Side I-Team.

She joined CBS 13 in October 2012 as a general assignment reporter. Before moving to Maine, Marissa spent two years as a reporter at KIFI in Idaho Falls, Idaho.

Her work has been recognized by the Maine Association of Broadcasters, the New England Emmy Awards, and the Edward R. Murrow Awards.

Marissa enjoys sharing the stories that are important to Mainers, especially those that can lead to positive change or hold the powerful accountable. She covered the deadly 2014 hayride accident in Mechanic Falls, the sinking of the El Faro, and the Noyes Street fire that killed six young people in Portland. She's also investigated the state's critical volunteer firefighter shortage and a lack of lockdown drills in local schools.

Marissa was born and raised in Cincinnati, Ohio. She graduated from Northeastern University with a Bachelor's Degree in Journalism and minor in Cinema Studies. During college, she played three years of NCAA Division I soccer and spent a semester in Los Angeles as an intern on The Ellen DeGeneres Show.

Outside the newsroom, Marissa enjoys traveling, playing tennis, wearing out her rescue puppy, Atlas, and eating her way through Portland.