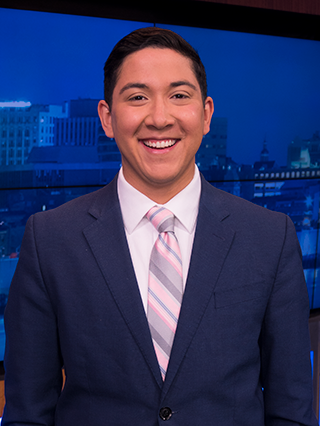 Prior to his time in America’s Dairyland, he spent a year as a MMJ with Lakeland News in Bemidji, Minnesota. He also lived in San Francisco for a year while working in PR/marketing for tech companies.

While Mal grew up outside Milwaukee, he is no stranger to New England. Mal graduated from Emerson College with a degree in Journalism with a double minor in Environmental Studies and Women's, Gender & Sexuality Studies.

He’s excited to be closer to his partner’s family and friends from college scattered throughout Maine and Massachusetts. If not at the station, you can usually find him checking out local restaurants or breweries.