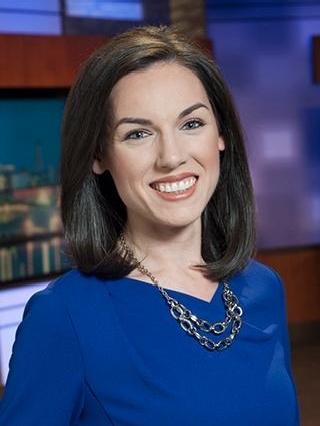 Katie Sampson started at CBS 13 in April of 2014 and joined Good Day Maine as a morning anchor in December of 2016.

In 2015, Katie was part of award-winning, team-coverage of the deadly tent collapse in Lancaster, New Hampshire. She also covered multiple blizzards that battered Maine in the winter of 2014-2015.

Since moving to Maine, Katie has had a blast sampling the incredible restaurants in Portland and beyond. When she’s not working, she likes to explore different parts of Maine, visit her family in New Hampshire and watch her favorite TV shows.

Katie graduated from Suffolk University in Boston with a Bachelor’s Degree in Broadcast Journalism. She worked as a reporter in Topeka, Kansas for two years before moving to Portland.

Grab a cup of coffee and catch Katie Sampson weekdays on Good Day Maine on CBS 13 from 5-7 a.m.