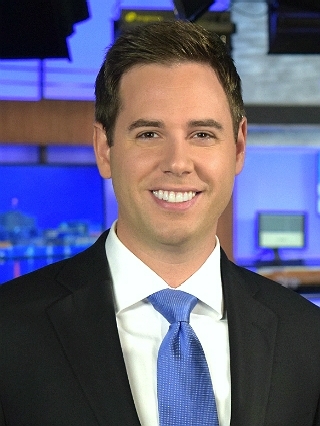 Jon Chrisos is an Emmy Award-winning journalist who returned home to the great state Maine in August 2011 to join the CBS 13 and FOX 23 team. He now leads our On Your Side I-Team and anchors weeknights at 5:30.

A Maine native who grew up near Bangor, his work has been recognized by the Maine Association of Broadcasters, Associated Press, and U.S. Congress. He's been honored with three Edward R. Murrow awards and an Emmy Award for investigative reporting.

Jon is passionate about helping those who've been wronged and uncovering the truth. During his time in Portland, he has helped recover more than $5 million for Maine consumers and was presented with an Outstanding Public Service Award from the state of Maine. He’s anchored from the Kentucky Derby at Churchill Downs, reported from the U.S. Supreme Court, and covered severe weather live for CNN and ABC’s Good Morning America.

Jon is a member of the Investigative Reporters and Editors (IRE) organization, a 2014 New England First Amendment Institute fellow, and was appointed to serve on the Maine Judicial Branch Committee on Media and the Courts. Previous stops include WGN in Chicago, WAVE in Louisville, KY, WEHT in Evansville, IN, and WABI in Bangor.