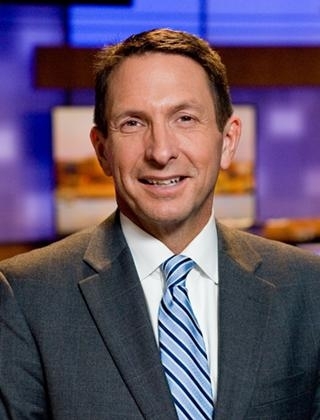 Jeff brings over 30 years of television news experience to CBS 13 and FOX 23. After graduating from San Francisco State University, Jeff started his career in Redding, California as a reporter back in 1987 at KCPM-TV. He then moved to Chico, California and forecasted the weather for a year and a half before becoming sports director. In 1990, he left California for WMUR-TV in Manchester, New Hampshire. There, Jeff anchored the sports and provided color commentary for UNH football, basketball and hockey. He also hosted and produced the Wildcat Coach's Show. After around 2 years in the Granite State, it was time to move to Portland where he was sports director at WGME from 1992-1995. Jeff then left Portland for New Orleans. While in the Crescent City, he anchored sports for WGNO-TV for 4 years, covering the New Orleans Saints and LSU Tigers. Jeff also hosted a sports talk show in New Orleans. In 1999, Jeff left New Orleans and the sports desk. He moved to Denver, Colorado to host a 3-hour award winning morning news program on KWGN-TV. After 2 years there, he returned to Portland and in October 2006, Jeff came back to WGME. He’s been at the station ever since.

During his career, Jeff has won numerous awards. They include 3 Emmy Awards, a regional Murrow Award and several AP awards for news reporting, sports reporting and sports anchoring.

Jeff has 5 children and lives in Portland. When he actually has some free time, Jeff sings and plays trombone. He is a member of the Maine Pops Concert Band. He also sings the national anthem at games and community events. He’s performed before games in the NBA, MLS, Major League Baseball, the Sea Dogs, Red Claws and Maine Mariners, as well as the Special Olympics Winter Games. Jeff also enjoys running and takes part in many road races throughout the year. Jeff has ran 4 marathons, including the Boston Marathon.

He's also very involved in the community helping many organizations including Special Olympics, Camp Sunshine and many others.

Jeff is a California native, but has lived in Maine for over 20 years and doesn’t plan on leaving anytime soon.