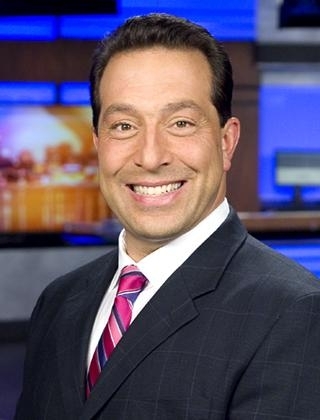 WGME-13's Dave Eid grew up nearby in Auburn, Massachusetts. From the moment he could walk Dave was either swinging a baseball bat or hockey stick! He went to Fenway Park for the first time when he was three years old with his late dad! And believe it or not even now after being in the business for over 20 years and having covered many games at Fenway, Dave still gets goose bumps when he sees that big green monster out in left field. Dave has been with WGME 13 since January of 1996 and has been working in Maine for the past twenty years.

In his spare time, Dave enjoys working out and taking care of his lawn! Dave also enjoys spending quality time with his family. Dave's two favorite professional moments were covering the Patriots Super Bowl victory over Philadelphia and the Red Sox World Series clinching win at St. Louis. Dave and his wife Lisa live in Gorham with their two children Drew (12) and Danielle (8). Drew currently plays travel hockey for the Seacoast Spartans '99 AAA Elite team. Drew's favorite NHL player is Ryan Kesler of the Vancouver Canucks, however his favorite team is the Boston Bruins! Danielle has been busy learning how to skate, play softball & basketball. Danielle, who's nickname is "Breezy" is also an avid dancer and a fantastic artist!