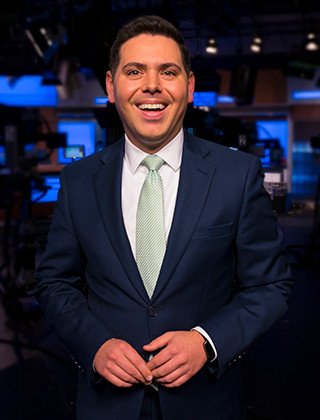 Dan Lampariello is an investigative reporter with the On Your Side I-Team at CBS13.

He made his return to Maine in the fall of 2021 and is excited to dig deeper into the issues that matter most to the people who call this great state home.

Prior to returning to Maine, Dan worked for 2 years at CBS13's sister station in Baltimore, Maryland. During his time in "Charm City," Dan investigated the drivers of rising violence and worked to uncover inequities in the criminal justice system there.

During his first stint in Maine, Dan worked as a general assignment reporter covering impactful and emotional stories across Vacationland. He investigated the treatment of pregnant inmates in the state's jails and prisons, covered the passing of President George H.W. Bush and even climbed the masts of America’s tall ship.

Dan's storytelling and investigations have been recognized regionally and nationally, including with several Emmy awards and an Edward R. Murrow.

When Dan's not telling stories you'll find him and his fiancé taking in all Maine has to offer, from the beaches to the state's incredible craft breweries.

Have something you'd like Dan to investigate? Send him an email: dwlampariello@sbgtv.com.