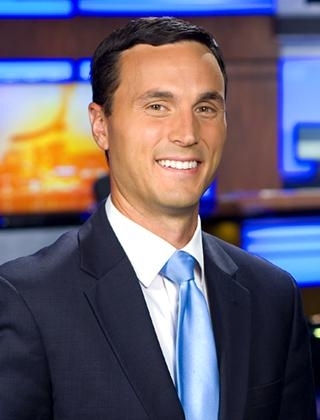 Charlie makes up the “Weather Part" of CBS 13 and FOX 23 evening newscasts. A native New Englander, he grew up enjoying the area's exciting and sometimes wild weather. At an early age, he knew his love for big storms and weather extremes would someday lead him to a career in meteorology. Charlie received his meteorology degree from Plymouth State University in New Hampshire. After graduation, Charlie went to work high atop New England's tallest peak, at the Mount Washington Observatory. As Staff Meteorologist, he had the unique opportunity to observe, forecast, and conduct important research in "The World's Worst Weather."

Charlie's broadcasting career began up in Bangor at WVII ABC-7. His passion for forecasting New England weather then brought him to WLNE ABC-6 in Providence, RI. After a few years in southern New England, the Maine lifestyle came calling once again, and for the past dozen years, he has called the Portland area home. Charlie can be seen forecasting Monday through Friday on Live at 5:00, Live at 5:30, CBS 13 News 13 at 6:00, FOX 23 at 10:00, and CBS 13 News at 11:00. He has been awarded the American Meteorological Society's seal of approval for quality television weather broadcasts. He has also been designated Certified Broadcast Meteorologist by the AMS. His forecast was awarded Best Weathercast five times by the Maine Association of Broadcasters. In addition, his Weathercast also won first place by the Maine Associated Press Broadcasters Association.

Enjoy every nice day outdoors, that sums up Charlie's lifestyle outside of work. When not in the News 13 weather office, you can usually find him, his wife Morningstar, their daughters Catherine and Maris, and dog Barley doing something fun outside. They enjoy skiing, snowshoeing, and cooking during the winter months. When the snow melts, you can usually find them working in the garden, hiking in the White Mountains, or fishing for stripers along the Maine coast.