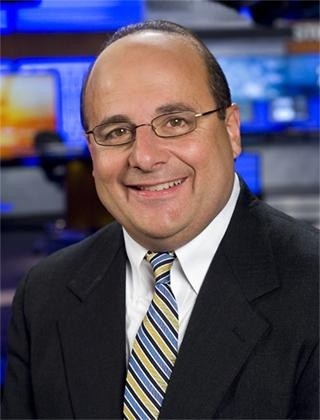 Brad Rogers brings to the WGME 13 News Team an extensive background in news reporting. After earning his BA in Broadcast Journalism at Southern Illinois University at Carbondale, Brad began his reporting career in Texas. He was also a news reporter in Tulsa and Minneapolis-St. Paul.

Brad says "It's great to be here at WGME, a place that cares about quality stories and the people of Maine."

Brad is a veteran reporter who has covered everything you could imagine in his career. Most notably, the Oklahoma City bombing and trials of the two men convicted of the crime.

He was also on the news team that won a National Emmy Award for coverage of a U.S. Senator's fatal plane crash. Brad has also received several first place awards for general and spot news reporting.

Brad grew up in Illinois, where his dad was his grade school principal and his mom, a teacher. But Maine has always been his second home.

Brad spent the summers of his youth in Ocean Park on Old Orchard Beach. And he has never stopped coming back to Maine every summer. "I love Maine. The ocean, lakes, tall pines, the people and seafood. What's not to love?!"