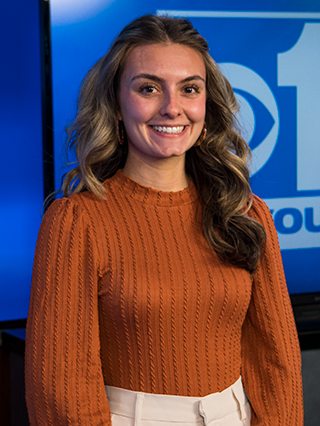 Aysia Reed joined CBS 13 in November as an MMJ reporter. She is a Connecticut native and is ecstatic to be working in Portland after spending her childhood summers vacationing here.

Aysia graduated from UMass Amherst in 2021 with a degree in journalism and minor in political science. While in college, Aysia interned at Amherst Media, a community television station, as an anchor and reporter. She was also a member of the Public Relations club and was a staff writer for the Massachusetts Daily Collegian.

Outside of the newsroom, Aysia loves going to spin class, baking, and trying out new vegetarian recipes.